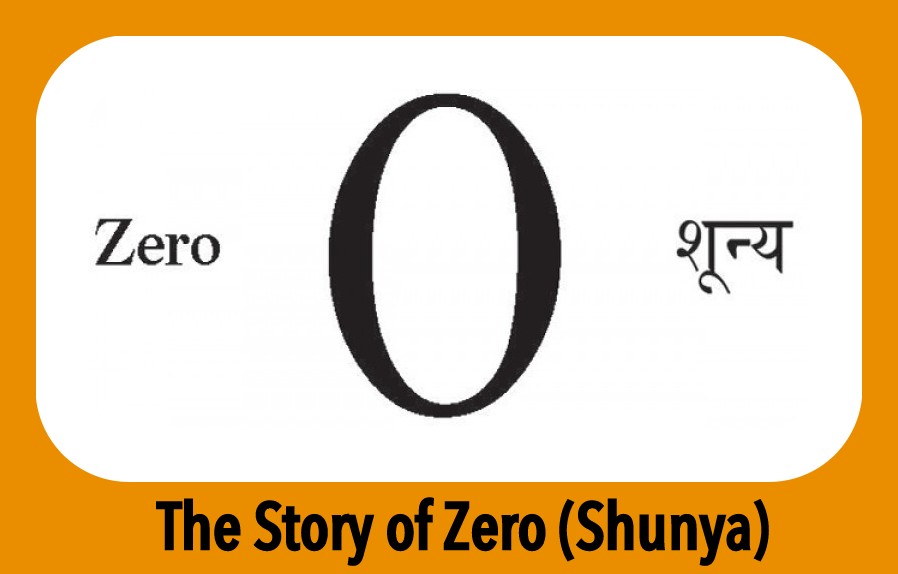 “The roots of education are bitter but, the fruits are sweeter!”

In the early 20th century, when there was a great interest in the Sanskrit texts especially in the western world, many scholars ridiculed certain texts which were headed ‘Ganita Sutras’- which means mathematics. Those scholars found no mathematics in the translation and dismissed the texts as rubbish and meaningless. However, An Indian- Bharati Krsna Swamiji, who was himself a scholar of Sanskrit, Mathematics, History and Philosophy, studied these texts and after thorough and careful investigation, he was able to reconstruct the mathematics of the Vedas. According to his research all of mathematics is based on sixteen Sutras, or word-formulae.

Vedic Mathematics is the name given to the ancient system of Indian Mathematics which was rediscovered from the Vedas between 1911 and 1918 by Sri Bharati Krsna Tirthaji (1884-1960). In the Vedic system ‘difficult’ problems or huge sums can often be solved immediately by the Vedic method. These striking and beautiful methods are just a part of a complete system of mathematics which is far more systematic than the modern ‘system’.

Vedic comes from Veda which is a Sanskrit word and it means ‘Knowledge’. 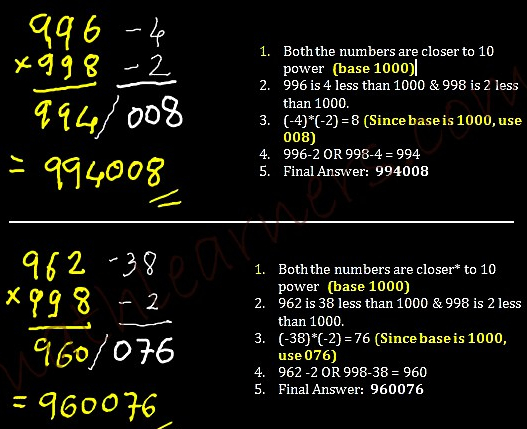 For example: let’s do a simple multiplication of 102 x 104 using Vedic math technique.

Here the base is 100, deviations are 2 and 4 respectively. So deviation of one number plus the other number is 106.

System before the Invention of Zero

Now, let’s discuss about the invention of Zero and why is it important to have Zero in number system.

In ancient India, academician were relatively more peaceful compare to other parts of the world. There was a lack of any rigid preconceptions about the world of numbers. Baudhayana (and later Aryabhata) do not seem to have had the least trouble accepting that numbers could be irrational — both provided approximations for the square root of 2, and “pi”, without being disturbed by the fact that neither could be exactly expressed as a ratio of two natural numbers. Arithmetic was extremely difficult before the invention of our modern place-value number system.

Just look at the Roman numerals to understand why number system is easier to work with? 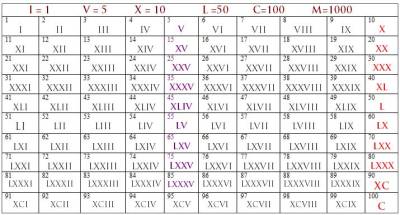 With symbols for different numbers but no place-value system, there was no easy way of adding two numbers. This might not have mattered much if the numbers were small, but it became more of a handicap when dealing with large numbers. They performed sums by drawing geometrical figures in the sand and adding or subtracting areas of figures, not very efficient. What’s more, the Greeks did not have a zero. They were uncomfortable with the concept of a void. Nor did they have negative numbers, as it made no sense to subtract a larger area from a smaller one. 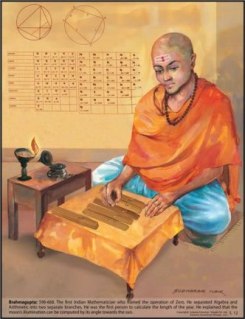 The story of Zero

Thus begins our story of zero as a concept — a story that takes us to India of the 6th and 7th centuries AD, the era of the mathematician Brahmagupta. Even before Brahmagupta, other mathematicians had been using zero, but only as a symbol; they did not know how to perform arithmetical operations with it. Brahmagupta was the first to clearly define zero (as what remains when a number is subtracted from itself) and to explore all its properties. The zero, or shunya, could now be fully integrated into arithmetic and completed the place-value decimal system. Brahmagupta also invented negative numbers as a concept. 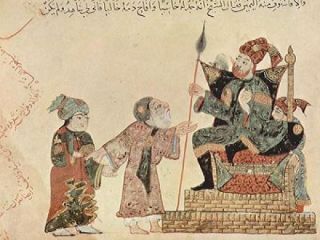 More than a century later, around 770 AD according to al-Biruni, Caliph al-Mansur of Baghdad heard about Brahmagupta through a visiting Indian scholar, Kanka, who brought with him a copy of the Brahmasphutasiddhanta and would commission an Arabic translation of his book. The Arabs then gradually became comfortable with the concept of zero, which they called sifr. However, zero remained unknown to Europe for another 400 years, until the Moors conquered Spain and brought zero with them.

Accountants and businessmen all over Europe eagerly adopted it, finding a simple way of balancing their books by having their assets and liabilities sum to zero. But governments were not as keen — Florence banned it in 1299. One reason provided was that it would be easy for cheats to inflate figures simply by adding a zero at the end. Merchants, however, were not ready to give up zero so easily, and continued to use a secret symbol for it despite the ban. Zero, or sifr, thus became associated with secret codes — the origin of the modern term “cipher”.
It is impossible to imagine today’s modern science without Zero (Shunya) but you will be surprised to know that there was a time when Zero didn’t exist in our number system.
If you love to explore the different parts of the world then you may like to check out the awesome road trip – travel diaries about Heaven on Earth or the highlands in Scotland. If you like to read short interesting stories and the well researched articles on history or If you are a technology enthusiast then do subscribe to this blog for regular updates.

Please leave your comments about how do you find the vedic maths and do share your views on it.

Reference: to read more about it, follow this link

Hit the ★ button if you liked this article, please? You’ll help others find it.